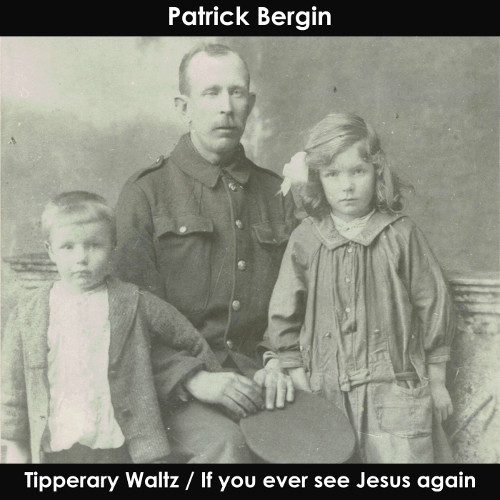 Fresh after his Eastenders role, Patrick Bergin has announced details of his next release, a double a-side to follow up on his recently released debut.

“If you ever see Jesus again” and “Tipperary Waltz” will be released on May 18th via Avalon Records. Tipperary Waltz is a song very personal to Patrick, his father Paddy heard him perform “It’s a long way to Tipperary” and said it was a recruiting song for the British army and wanted him to write something that in time could replace it in peoples mind. it’s set around World War 1 where Patrick’s fathers uncle had fought in the Somme and came back a shocked and damaged man. “Uncle Hugh” appears in the artwork of the single.

A line in the song “the ghosts of the men he shot still haunted him” was a reference to Tipperary freedom fighter Dan Breen who had told Patrick’s father about his experiences.

“Tipperary Waltz” is paired with “If you ever see Jesus again” and is available to stream and download from smarturl.it/patrickbergin